This is a thought experiment 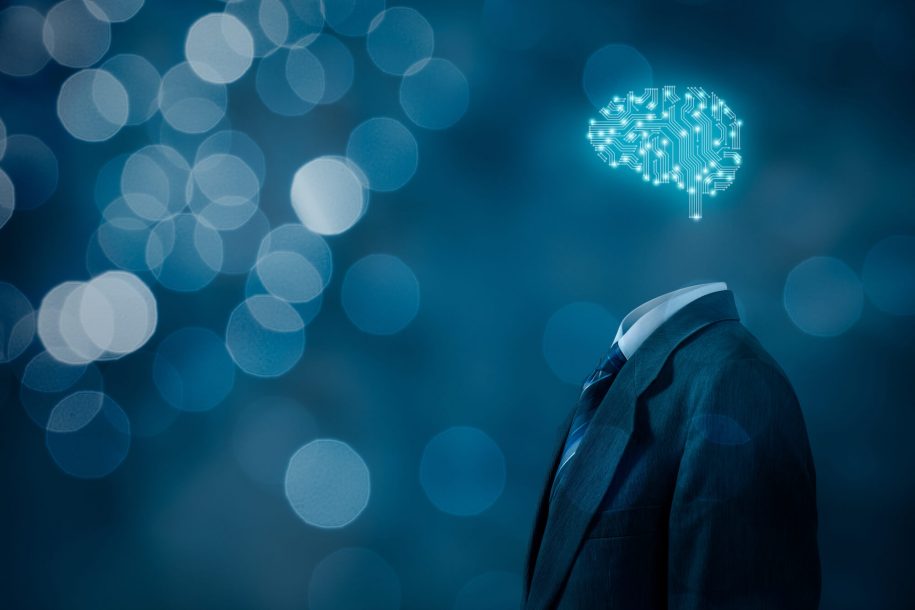 What if we are on the verge of a major structural business shift that results in the removal of the software sector in its entirety.

The year is 2027, Jade 25 like many of her generation is a business creative. Full-time roles in large enterprise businesses are so last decade, instead Jade has grown up in a world where earning potential and career trajectory is based on the ability to monetise creativity. 2027 is the era of normalised entrepreneurship.

After an early morning run Susan has a great idea for a Healthtech application that aligns optimised sleep times for creatives, in 2027 even a two percent increase in creativity has significant value. After analysing the market, using one of the swathe of applications designed for market analysis, Jade decides to release a Minimum Viable Product (MVP) to test the market. Using the Google business generator platform, Susan defines her business idea using natural language with the application prompting for additional information as needed. Once complete, the platform provides a projected monthly cost breakdown and once approved by Jade, creates the application, builds any supporting ecosystem elements (marketing, monitoring, accounting, security etc) and releases the MVP for Jade’s initial feedback prior to market release.

2027 is the era of normalised entrepreneurship.

From idea to first review release was one day, importantly for the purpose of this thought experiment other than the ‘power’ costs (distributed hosting across a cloud grid) there were no software costs and other than the business generation platform, no software companies provided any software.

In the year 2027 software companies no longer exist.

The goal of this thought experiment is to join the dots between the ‘Effect’ disruption of the software industry and the ‘Cause’ intersection of two significant market forces.

I’d like to firstly introduce the two primary forces in this thought experiment. The first force is the Artificial Intelligence (AI) technological epoch we’re currently transitioning into. AI doesn’t need much by ways of an introduction, it’s well covered in the media, literature, conferences and meetups. I use AI here to encompass the three variations of Machine Learning, Deep Learning and Artificial Intelligence – for the purpose of this thought experiment the differences are inconsequential. Additionally, I’ve defined AI as an epoch, similar to how in the past we have defined major human transitions. The AI age that we’re entering, by all accounts, will be so significant that it will likely be viewed by future historians in the same epoch vein as the creation of tooling, the birth of language, adoption of agriculture and the industrial revolution.

The second force is a conceptual model that I’ve coined ‘the vertical movement of commoditisation’. This is the notion that over time products that once had significant market differentiating value are commoditised, no longer retaining value based on uniqueness. I’m old enough to remember Lotus 1-2-3 running on DOS, both the PC and application user experience was cryptic at best or non-existent at worse. However, for a business, it provided an order of magnitude improvement over notepads and a pen i.e. it provided differentiated competitive value. Contrast today’s commoditised PCs, laptops, smartphones and office applications, while considered the necessary ‘table stakes’ for business, they nevertheless provide no point of value differentiation from competitors and equally usage and support skills are either readily available or not required.

Over time all technology is on a one-way journey to ubiquity, it gets cheaper, easier to use, loses value differentiation and support skills are either readily available or are not required. I also consider this movement vertical in an upwards direction, the vertical plane being the representation of the technology stack, you know – start at the network and finish at the application, presentation and business layers. Finally, just because a product is commoditised doesn’t mean that continuous improvement stops. PCs are still getting faster, hard disk storage is increasing and networks are quicker, they need to as the companies producing them live in a competitive landscape.

Now that the primary market forces have been introduced, let me introduce the thought experiment in the form of three questions that I needed to develop answers for:

To answer these questions let’s start by reviewing the state of AI today, relating to software creation. Leading AI researchers at Google, MIT and Berkeley are reporting significant progress in the race to have software create software (software squared). In January this year researchers at Google Brain AI research Group created an AI system that in turn has designed its own machine learning software. In subsequent tests, the software designed by the AI system surpassed benchmarks for the software designed by humans.

I suspect we have some years to wait until an AI software construct can create applications superior in every sense to our best human developers. We may need to wait for the transition from Artificial Narrow Intelligence (ANI) to Artificial General Intelligence (AGI), which predictions have at between ten to forty years away, a mere blip in geological, evolutionary, and human epoch timescales. For the purpose of this thought experiment let’s assume an ANI is sufficient with an aggressive timeline of ten years to develop the Application Development AI (ADAI). What will this platform look like? ADAI will both have a global repository of open source software to draw on (think GitHub) and have the ability to create additional software components to tailor the application and supporting components to meet the business requirements. A business abstraction layer will provide the human interface, where natural language business inputs can be used by the AI to construct the application and supporting application and integration elements.

The final question of this thought experiment is what would be the impact to today’s software giants?

Simply stated where does SAP, Microsoft, VMware, Oracle, Salesforce, Workday, Xero etc fit into this model? The short answer is that they don’t. Well, at least not in the guise they exist today. The battleground or point of value differentiation is the ADAI and the business abstraction layer, as below that point commoditisation occurs. Why would a customer buy a CRM, office productivity application, database or hypervisor when the ADAI can either integrate existing open source software components or create its own (and subsequently lifecycle manage it). In 2027 software development is a commodity and there is simply no value or rationale for a business to buy software. The religious wars of Linux vs Microsoft, SQL vs Oracle, Salesforce vs Dynamics 365 etc no longer matters at a business level, this is the power and impact of commoditisation.

For business, the commoditisation of application development will unleash some powerful benefits. For one the middleman is removed, there is no need to search, implement and integrate vendor software programs. This today is a costly and slow endeavour. Secondly business can directly define what software they need and by using an ADAI, can rapidly turn innovation into deliverables. Thirdly, this will remove/minimise software purchase and lifecycle costs.

So what happens to the software behemoths of today? Do these companies find a quiet corner and slowly die? Sure some will, however, I believe as a whole they won’t. Rather similar to commoditisation moving vertically, these companies will likewise need to move into new market areas. Unlike PC makers that can still exist in a shallow commoditised market (businesses still need to buy hardware PCs), in an ADAI deep commoditised landscape software companies cannot exist creating applications for business as they do today. Rather software businesses will transition to be a company of ‘Jades’ pushing into all areas of traditional business such as banking, health, utilities etc bringing their dynamism, change culture and creativity to these industries.

I need to finish by acknowledging the human dimension. While this is a thought experiment, I readily accept that to some degree this is an exercise in ‘guilty pleasure geek apocalypse’ thinking….so don’t panic! It may or may not come to be. Still, if this scenario plays out there will be a very real and significant impact on a large number of people working within the ecosystem created by software companies, especially in the poorer parts of the world. What will happen to these jobs and what will people do? I honestly have no idea, while I’d like to think that new opportunities that I can’t think of today will present themselves, this is far from assured. AI and other ongoing debates around automation is one of the reasons the Universal Basic Income (UBI) and reduced work weeks is currently getting so much airtime. Significant uncertainty is one of the primary signals of epoch transitions.

Don’t panic, software businesses will transition to be a company of ‘Jades’

I welcome the contest of ideas; your feedback is most welcome. I have purposely left out many additional derived ‘thought forks’ from this thought experiment. If the feedback warrants it I’ll pursue these in future blogs. Finally, I have only scratched the surface of the power of commoditisation in this thought experiment. Next time I’ll be introducing the Informed Commoditisation line, a model to help companies remove noise and drive effective decision making, till then….