Why ‘fail fast’ is all wrong 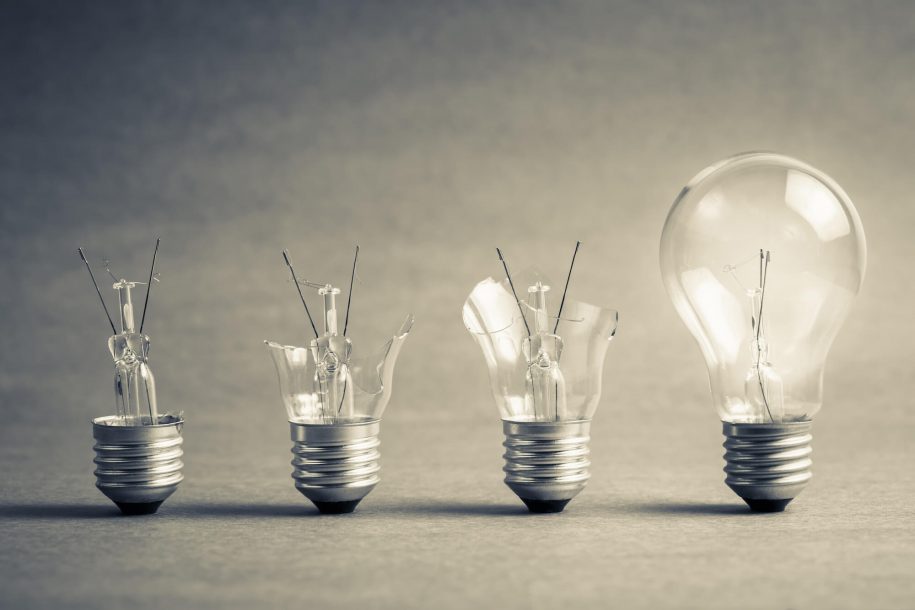 Posted by Daryl Bishop on February 6, 2019 | Featured | No Comments

“As a company, we’re going to fail fast. This is our innovation secret sauce that will power us to beat our competitors and deliver the absolute best in customer service”

How many times have we heard words in a similar vein to this, whether it be in a company set of principles, stirring rallying cry from the CEO or our managers reinforcing the need to be creative? In particular, I want to focus on the words “fail fast” as these two innocuous words together have become a powerful corporate mantra signifying, by embracing failure, how progressive and innovative a company is.

And the reason is that the language is diametrically opposed to who we are as human beings, it is the language equivalent of King Canute famously attempting to stop the tide.

Let me build the case.

Thomas Edison once famously said “I have not failed 700 times. I have not failed once. I have succeeded in proving that those 700 ways will not work. When I have eliminated the ways that will not work, I will find the way that will work.”  I think this is at the core of the problem, experimentation is not failure it is an exercise in learning.

Words matter and language matters, it’s the human internet and if we get the words and language wrong it has consequences how we behave, perform and work together – it reinforces our network or destabilises it.

As soon as we use the word failure or fail in any context and try and treat it as a positive, we start fighting against millions of years of evolution – nature and thousands of years of human socialisation – nurture.

Let’s start with nature, biologically we evolved knowing that to win meant we got to eat, reproduce and survive. Losing, on the other hand, ended in starvation, isolation and being eaten by something with really big teeth. Our species, actually all species, knows that winning and losing is the difference between life and death, losing didn’t often result in a second chance or learning from our mistake it was unfortunately very black and white – winning good, losing bad.

If it was just nature and fighting against biological instincts, we might be ok but nurture simply compounds this. We’ve had it ingrained in us from pretty much as soon as we were rolled out of the hospital to differentiate between winning and losing. It started from being rewarded as a child for doing something good (winning) and punished for seeing what a bucket of mud looks like on mums carpet (losing). In academia, we continually grade kids, which in essence is just a glorified intellectual sporting contest. Sport, the main culprit, from a participatory and viewing perspective is only about winning and losing, sure we talk about participating and having fun but ultimately, it’s a competition where there is one winner and 2nd, 3rd et al are the losers. Finally, when we enter the workforce, promotions, bonuses etc simply reinforce this status quo. I could add lotteries and the share market to the long list of reinforcing factors but I think you get the drift.

So we’re pretty much screwed, is it any wonder that as soon as organisations start using the fail fast language our brains go into haywire with every instinct rebelling consciously and unconsciously

But here’s the rub, failing and failing fast is the key to rapid learning.  It works, it has for the entire human experience, and if embraced can drive fast company growth through innovation. So failure the action is good but failure the language is bad – How do we position the benefits of failure in our organisations while not being King Canute and fighting our programming?

I think it’s as simple as using different language, if we think about failing it’s all just an input into the outcome which is the learning experience, let’s start using the language of the outcome rather than the language of the input. Simply replace fail with learn, using the words learn and learning (outcome) rather than the words fail and failure (inputs).  So ‘fail fast’ is now ‘learn fast’ and instead of saying “what failed” it’s now “what did we learn today”

I know it seems like semantics but when we use language that is opposed to how we’re programmed it inhibits our ability to create and work with freedom and clarity of mind. This subtle shift of language within organisations focuses on using positive language that is outcome focused and reinforces the learning culture that is your company’s holy grail.

So what did you learn today?